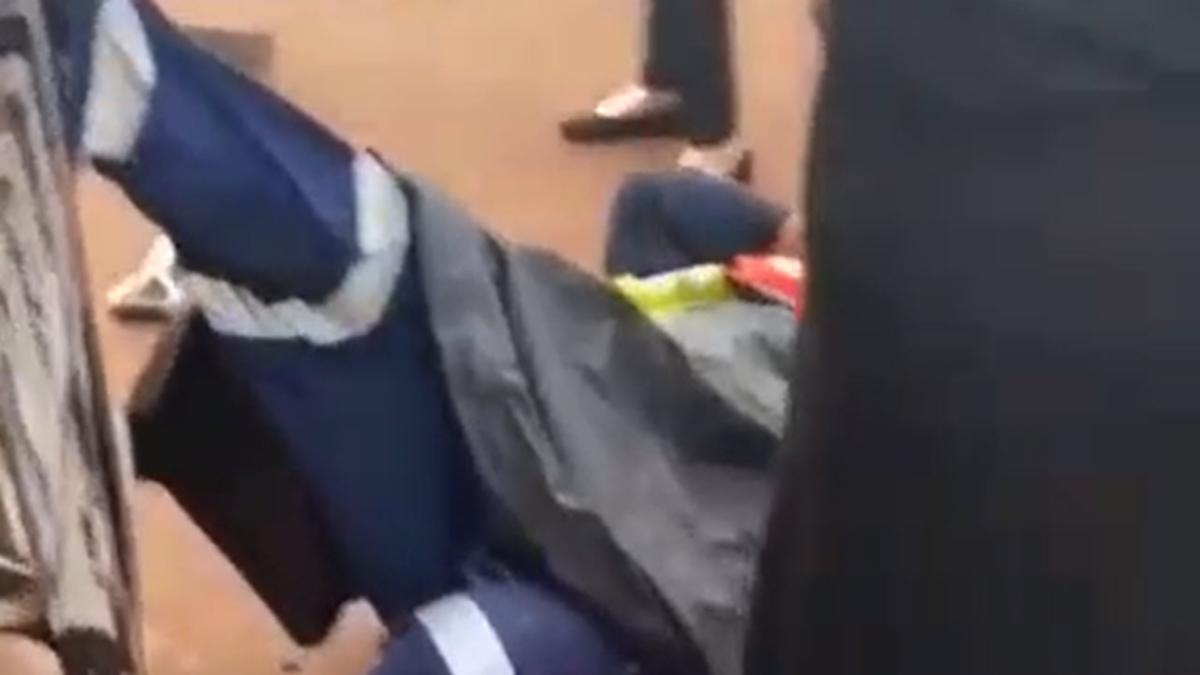 The man was seriously injured after his leg got caught in the lifting mechanism of a garbage truck in northeast Perth.

Doctors and fire and rescue teams rushed to Flinders Street in Yokin around 7.25am on Wednesday after residents called Triple-0 to alert emergency services to the crash.

Footage taken at the scene shows a 60-year-old paramedic lying on the ground with his right foot trapped in the truck’s hydraulic extension.

Firefighters from Vincent and Osborne Park helped St. John in the VA safely pull a man out of a metal device and transfer him to an ambulance.

He was taken to Royal Perth Hospital in critical condition, but his injuries are not considered life-threatening.